Young Guru Academy (YGA) is a non-profit organization founded in Turkey in 2000 that cultivates selfless leaders to realize the dream of a brighter future for the younger generations.

One of the program’s graduates, Kürşat Ceylan, has emerged as an award-winning social entrepreneur who has spoken at the United Nations – and who is still leading the technologies that YGA develops, specifically those for visually impaired people.

“YGA works on breakthrough social innovations to inspire people and give hope. Our latest technology is WeWALK, a revolutionary smart cane for the blind. I’ve been visually impaired since birth, so WeWALK is a meaningful development for me,” Ceylan said. “Although technology has been steadily improving, the white cane has stayed the same for a hundred years. We saw an opportunity to improve it with the help of technology.”

The concept for WeWALK was developed during an accessibility hackathon, which led to a period of R&D and ultimately resulted in product development with Vestel, a consumer electronics company that operates in 26 countries and has the largest factories in Europe.

At present, a crowdfunding campaign is running on Indiegogo with the goal of delivering WeWALK to as many blind people as possible worldwide.

WeWALK transforms the white cane into an innovative, foldable smart cane that can be integrated with smartphones. Beyond being just a product, WeWALK represents an opportunity for full and equal participation in the world – from socializing to living independently.

Unlike a traditional cane, WeWALK can detect obstacles that are above the chest and head levels with its ultrasonic sensor.

WeWALK has an app on both the iOS and Android platforms for connecting with smartphones via Bluetooth. Once connected, users can customize its settings and manage third-party application integrations such as Google Maps.

Imagine getting turn-by-turn directions that are integrated with your cane? Or being able to adjust the distance at which your cane can detect objects – through your phone?

And there are more third-party application integrations on the way – with organizations including Uber, Lyft and Amazon Alexa.

Ceylan has been all over the world – including at Perkins School for the Blind – sharing his experience in developing innovative products for the visually impaired. In fact, he was recently invited to offer mentorship and host a workshop at the Perkins Hackathon.

He also holds robotic science workshops for the visually impaired to build enthusiasm and excitement about science within the community. He explains, “My first role model in my life was a teacher, who was educated at Perkins. I learned great skills and values from her about living as a blind person – and loving science is only one of them. Now I am trying to give what I’ve learned back.”

To learn more about WeWALK, visit their Indiegogo page. There, you’ll find customer testimonials, a demonstration of how it works – and even an opportunity to pre-order a WeWALK to use or donate. 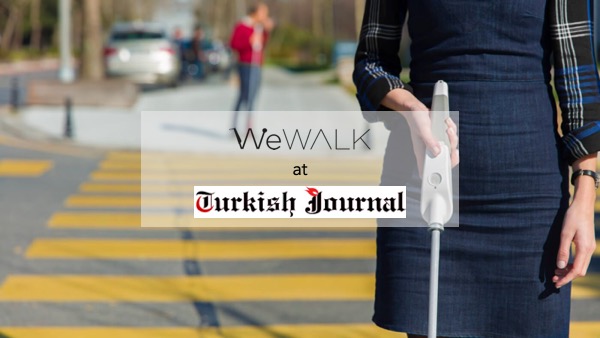 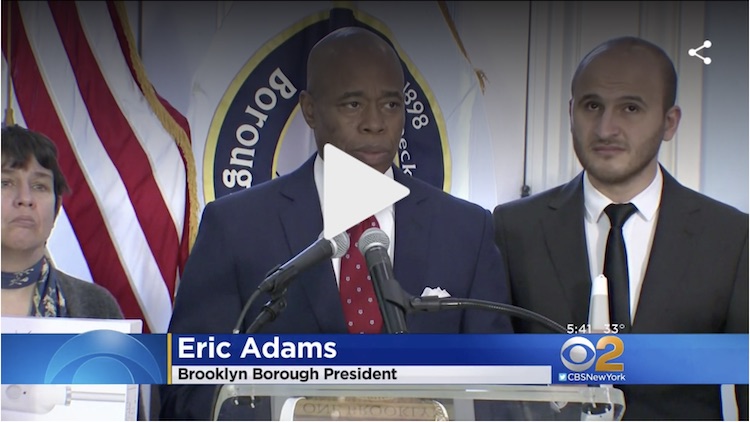